On a winding road in Capetown South Africa we are introduced to Steve Segerman He is driving a compact vehicle with folk rock music coming out of the speakers. He explains that his nickname is Sugar because no one could pronounce Segerman when he was in the army. He was named after the hit song Sugar Man by great American Musician Rodriguez who is a megastar in South Africa but surprisingly to all South Africans not elsewhere and very little is known about the musician.

A group of South Africans decide to piece together the story of their hero. He was thought to have died on stage by his own hand either by fire or bullet. His career spanned two critical acclaimed but poor selling U.S. albums in 1971 and 72. The group begins to look into the lyrics on both albums for clues and eventually track his musical roots to Detroit Michigan.

Director Malik Benjelloul speaks to club owners and goers from the early Seventies who saw Rodriguez perform. They all remember the voice and the working class songs that were as gritty as the Detroit streets. Rodriguez  did not cater to his audience; he often sang and played is guitar in the corner of a bar with is back to the audience. They were not even sure if he had a home. If you were to meet him he would say meet me at the corner and would never give a full address.  The producers of his two albums were shocked that they were not a hit. The songs were Dylanesque with hard hitting plain lyrics backed by a strong voice and many powerful everyday messages.

Songs like the earlier mentioned Sugar Man featuring the activities of a drug dealer.  The understated Crucify your Mind about a person that appears to have it together but is falling apart on the inside.  The Cause who's first line is the haunting I lost my job and it was two weeks before Christmas. The happy base rift  driven anthem I Wonder that asks about the listeners sexual experience and the folksy Inner City Blues on being thankful for what you have. Lastly A Most Disgusting Song describing all of the different types of places that he has played and shows that Rodriguez is equal parts wise-man, prophet, poet and artist.

Legend has it that a South African's American girlfriend brought a copy of Cold Fact to the country. The music spread across the country and became a symbol of the need to become anti-establishment and fight  Apartheid from inside the isolated country. Rodriguez' songs became rallying Anthems to a generation of South Africans and they passed the passion for the songs on to their children. 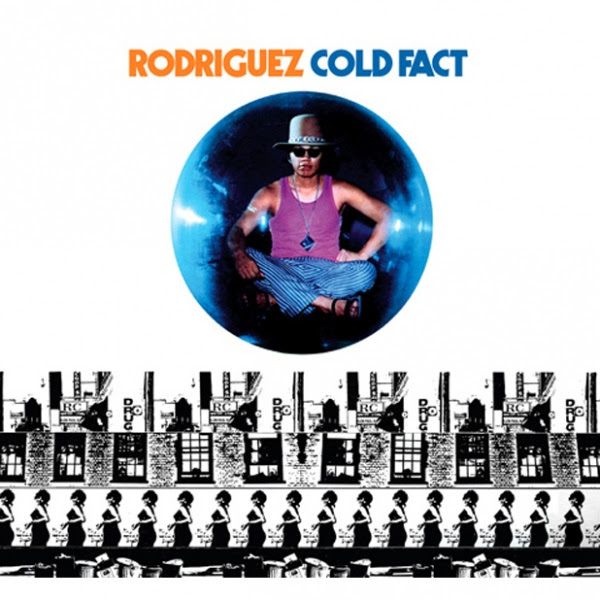 Bendjelloul weaves a mysterious story across two continents. Mixed in with the soundtrack featuring the music of Rodriguez. In one excellent sequence the film switches to animation as we see Rodriguez walking down a block in the bar district of Detroit in the dead of winter an apparent homeless poet of the backstreets and alleys of the city. Benejelloul links together interviews with devoted fans, music journalists, and acquaintances from the 70's to slowly build a picture of the man that disappeared in the early 70's.  The story has twist, turns and dead ends followed by leads from the most unlike sources even a web page for readers to provide any information they may have on the musician.

Searching for Sugar Man is an excellent watch and definitely top 5 film of 2012.

A film I can definitely recommend.