Queen of Spades Show Yourself repeated three times is the final step in a ritual to summon a demon into your midst. 11 year old Anya (Alina Babak) is pressured into delivering these words by her friends Matvey (Valentin Sadiki), Sergey (Sergey Pokhodaev) and Katya (Valeriya Dmitrieva). The opening steps in the ritual are to draw a doorway on a mirror in lipstick with a set of stairs leading downward  and to light a single candle.  The group summons the entity then bad things start to happen to the players starting with the ghost cutting a lock of hair from the target when they are asleep followed by a violent encounter with the demon.

Anya father Anton (Igor Khripunov) is brought into the loop and starts a facts based investigation. He too begins to have odd dreams and sees disturbing reflections in mirrors. Aton gathers information about the Queen from Sergey who seems to know the most on the subject. His investigation leads to Smirnov ( Vladimir Seleznyov) who has had encounters with the Queen in past, knows her origins and can provide a plan to make her go away.

Director Svyatoslav Podagyevskiy does an excellent job with the difficult task of building suspense during daytime  scenes.  Early on in the film Anya attempts the simple task of making tea for one of her pals. Pogadyevskiy through pacing, light plus the input of the sound department enhance the scene to a white knuckle level.  It's ritualist steps to summon the spirit remind the viewer of the story of Bloody Mary. The ghost backstory is original tragic and cruel. The exploration of the father daughter bond adds an extra element to the proceedings. 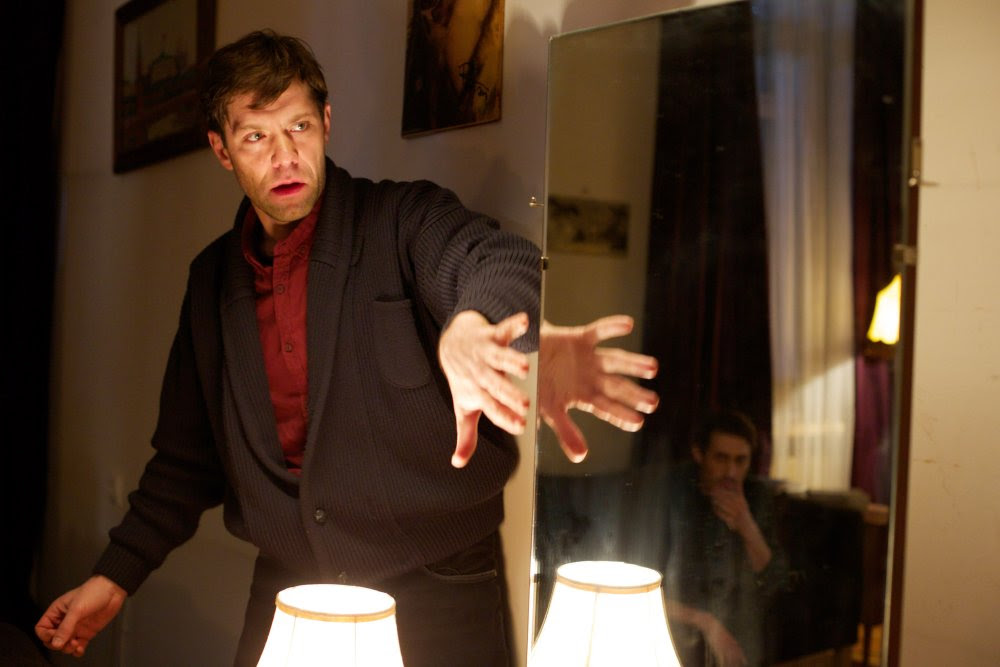 Igor Khripunov stands out from the rest of the cast as Anya's father Anton. His work enhances the highlights father daughter relationship widening the base of the film. Anton is skeptical at first but is willing to listen to the youngsters and participate himself to see first hand what his daughter is experiencing. Once committed Anton takes the next steps to fight for the safety of his daughter including avoiding negative comments against Anya's mother. At one point when Anya asks why he left them for another woman he responds simply with when you are older you'll understand.  Look for Vladimir Seleznyov as Smirnov. He first appears as a shadowy figure giving intel to Sergey but grows to be a key player in the second half of the production.

Queen of Spades: The Dark Rite is a suspenseful thriller with a powerful demon at the centre balanced by an even stronger father daughter bond. The story is easy to follow changing it's pacing to pick up  steam in the third act.  The horror is more sensory than graphic with several scary moments that will appeal to lovers of the genre.