First Time director Han Yan brings us a romantic fable because as in his opinion all true love is fake or reality messes it up.

Song Shiqiao (Angelababy) speaks into an 80's style tape recorder pouring out her thoughts and hopes. The hero of her world is Gong Ning a boy she went to school with but suddenly disappeared without a trace.

Song also suffers from a disease where if she over exerts herself she will become faint and could die. Thus Song visits the doctor once a week,  takes multiple  medications which effect her memory. She is also forbidden from pursuing her dream to be a dancer.

Yan introduces the first part of the story as side A a reference to a cassette tape.

We find Song working in a park amongst a group of mascots when Gong Ning (Mark Chao) wonders back into her life recognizing Song based on her destinctive nervous hiccups.

After no response to an invitation to call Gong Ning returns to the park to find Song and they begin to spend much of their time together.

Song continues her habit of talking into the tape recorder and her mother becomes more agitated as Gong Ning leads Song in a direction where she will take more chances with her health.

However Gong Ning has family issues of his own that causes him to miss a couple of special planned outings with Song and they part ways.

Here we switch to side B for an alternative view of the story events through the eyes of another main character.

Later the story switches again as Song chases a dangerous dream but one that is her choice.

Yan brings us a film with rich cinematography weaving in animation for a fantasy effect. The film is based on  a 2003 South Korean film ....ing. 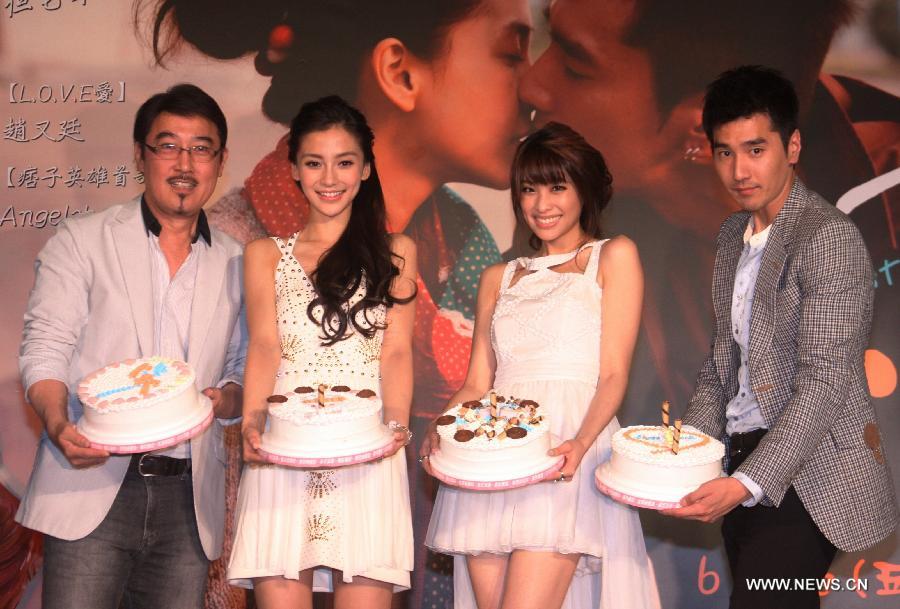 Although it has some good elements side B retraces too many parts  by rote from the first part of the film. Yan could have left more viewers imagination here along with the last few scenes used to wrap up the story.